Perseverance Theatre (Producing Organization) is Alaska’s only professional theatre company. Its mission is to create professional theatre by and for Alaskans. In 2017, PT took over producing tours of The Winter Bear to further its goal of developing more opportunities for Alaska Native actors and to extend the reach of the theatre from their mainstage in Juneau to audiences all over the state.

Read More About Perseverance Theatre On Their Website Here

Anne Hanley (Playwright) is a former Alaska Writer Laureate whose plays have been produced in Alaska and Outside. She was a columnist for the Anchorage Daily News and the Fairbanks Daily News-Miner and co-edited The Alaska Reader: Voices from the North (Fulcrum, 2006). Her work has been published in The New York Times, The Christian Science Monitor and the Yale Alumni Magazine. Anne has an MFA in Film from UCLA. She lives in Fairbanks with her husband, a retired Pulmonary physician. They have two grown sons, two beautiful daughters-in-law and three granddaughters. www.annehanley.com 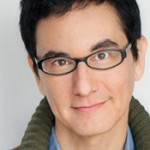 Brían (Pagaq) Wescott (Lead Artist) (Koyukon/Yup’ik), grew up in Fairbanks where he first studied acting with Molly Smith at the Fairbanks Summer Arts Festival. Recent acting credits include Sidney Huntington in Anne Hanley’s The Winter Bear; Gary/Walter in William, Inc. (Perseverance Theatre) and Tim/Minister in They Don’t Talk Back at Perseverance Theatre, La Jolla Playhouse, and Native Voices at the Autry. Brían has a Ph.D. in American Studies from Yale University where his area of interest was Native American Theater. He serves on the Native American committee at SAG-AFTRA and ran an inaugural actor workshop at the Indigenous World Film Festival in Anchorage in 2012. A member of the Writers Guild, Actors Equity and the Screen Actors Guild, he divides his time between Alaska and L.A. 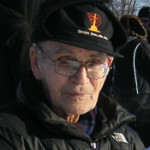 Sidney Huntington (Mentor, Advisor) was born in 1915 in Hughes, Alaska and died in 2015 in Galena. He was a trapper, miner, fisherman, business owner, member of the State Board of Game, civic leader, and advocate for his people. Although his formal education ended in the third grade, he never stopped learning and figuring out how to do things on his own. 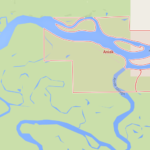 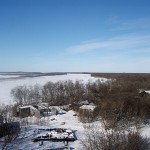